I have a long-held grudge against Émile Zola. The wretchedness and the surgical thoroughness with which he excises even the last glimmer of hope from his narrative demolish me. I read Germinal in high school and was overwhelmed by the uncompromisingly harsh story. I kept away from his work until the early ‘ 90s when I read L’Assommoir which submerged me in bleakness. A sense of despair and desolation stuck with me for days after finishing the book.

I never intended to touch his work again until February 2021 when, during a rare outing, I stumbled across a dilapidated copy of Germinal in the snow. I picked it up, and by morning, I knew why: This was going to be my sweet revenge on Zola.

In a playful and ironic gesture, I decided to negate the original content of the classic masterpiece by stuffing the space between every page of the book with bold hues to infuse them with hope and a virulent Joie de vivre. My goal was to change the experience of the book through aesthetics, adding cheerful colours and even glitter (tucked at the center of the book) where there had been nothing but gloom and doom. I then cut bold shapes from this resulting material and made them into a series of big campy rings.

Like rainbows that became talismans against Covid, the series Sweet Vengeance expurges the blues out of Zola. It’s going to be fine! 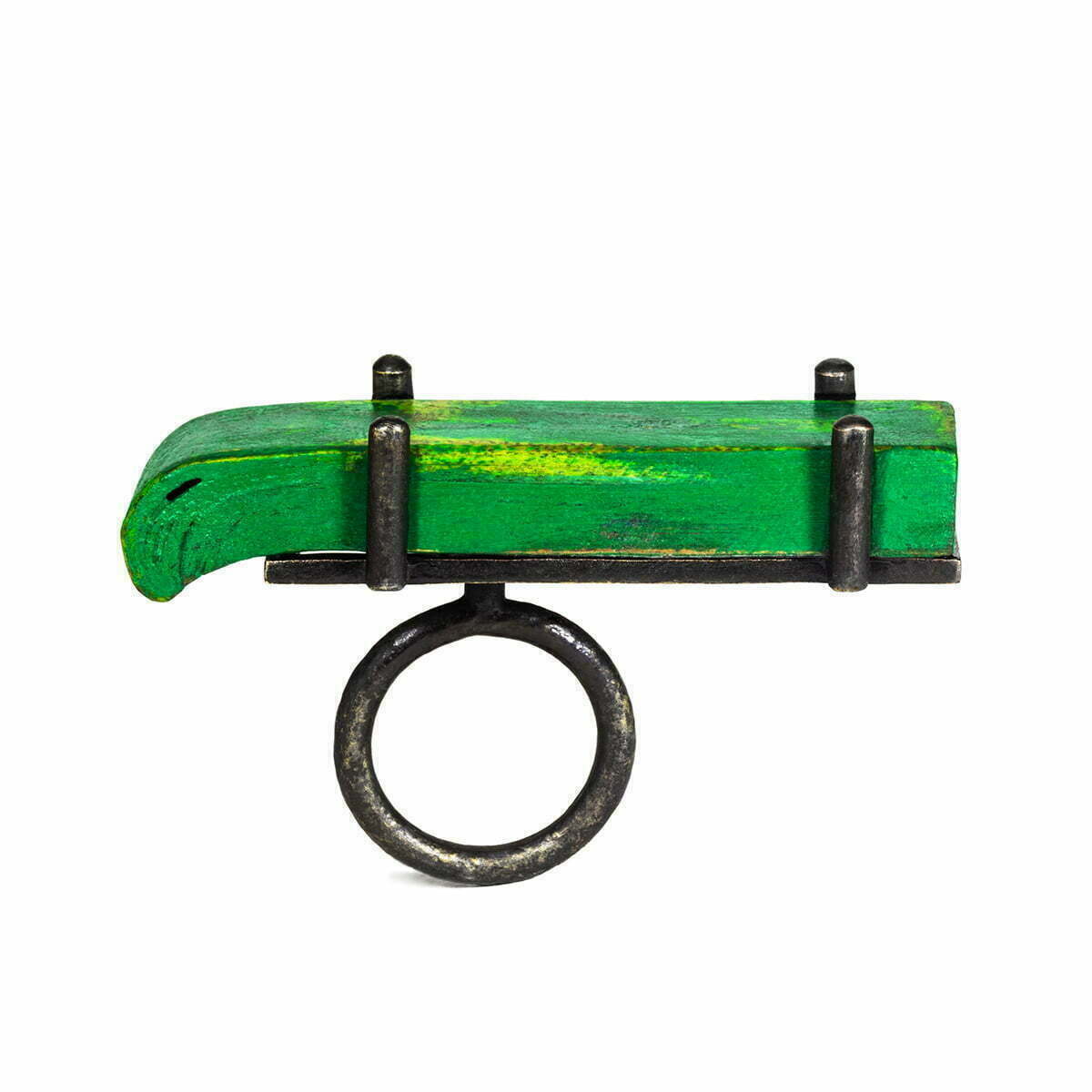 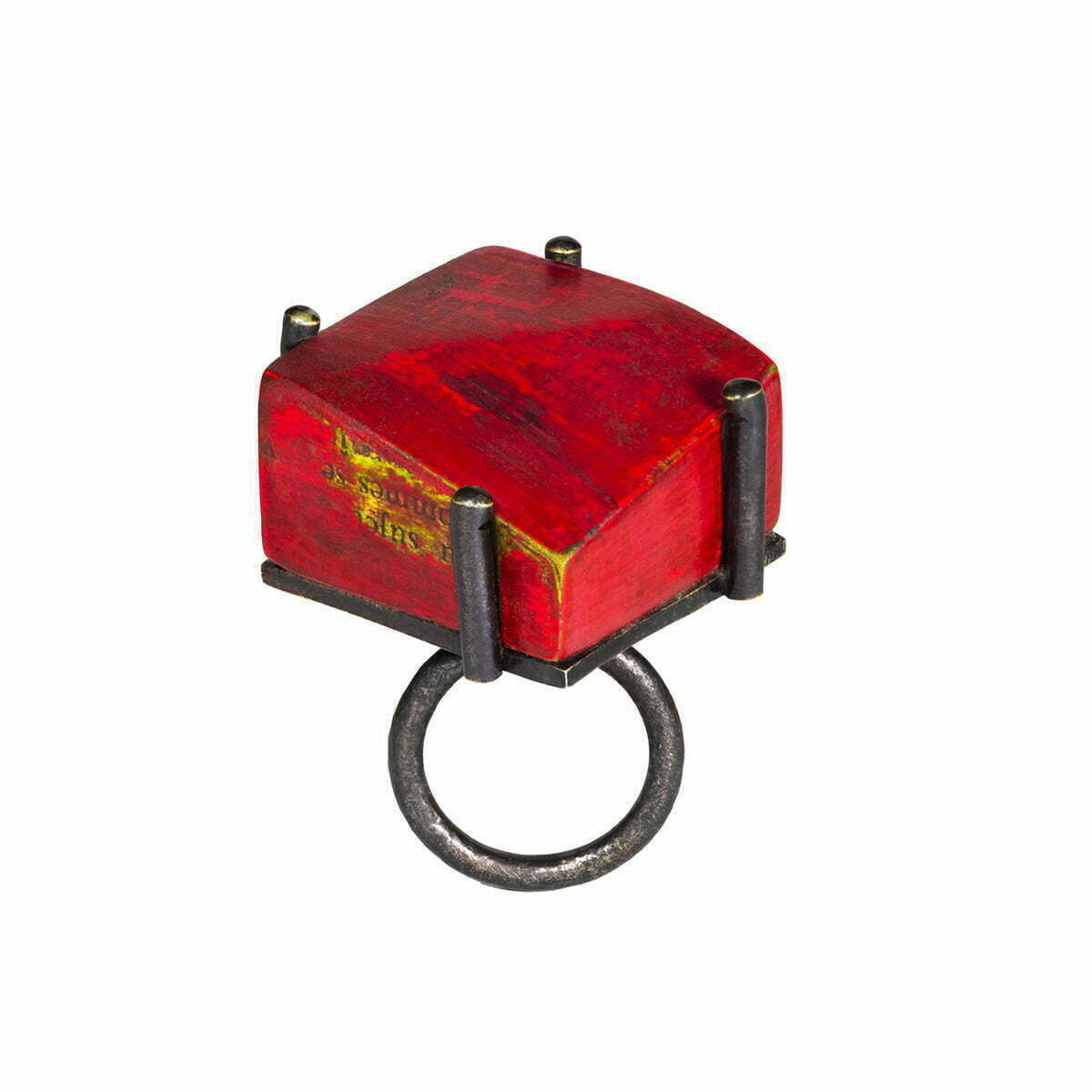 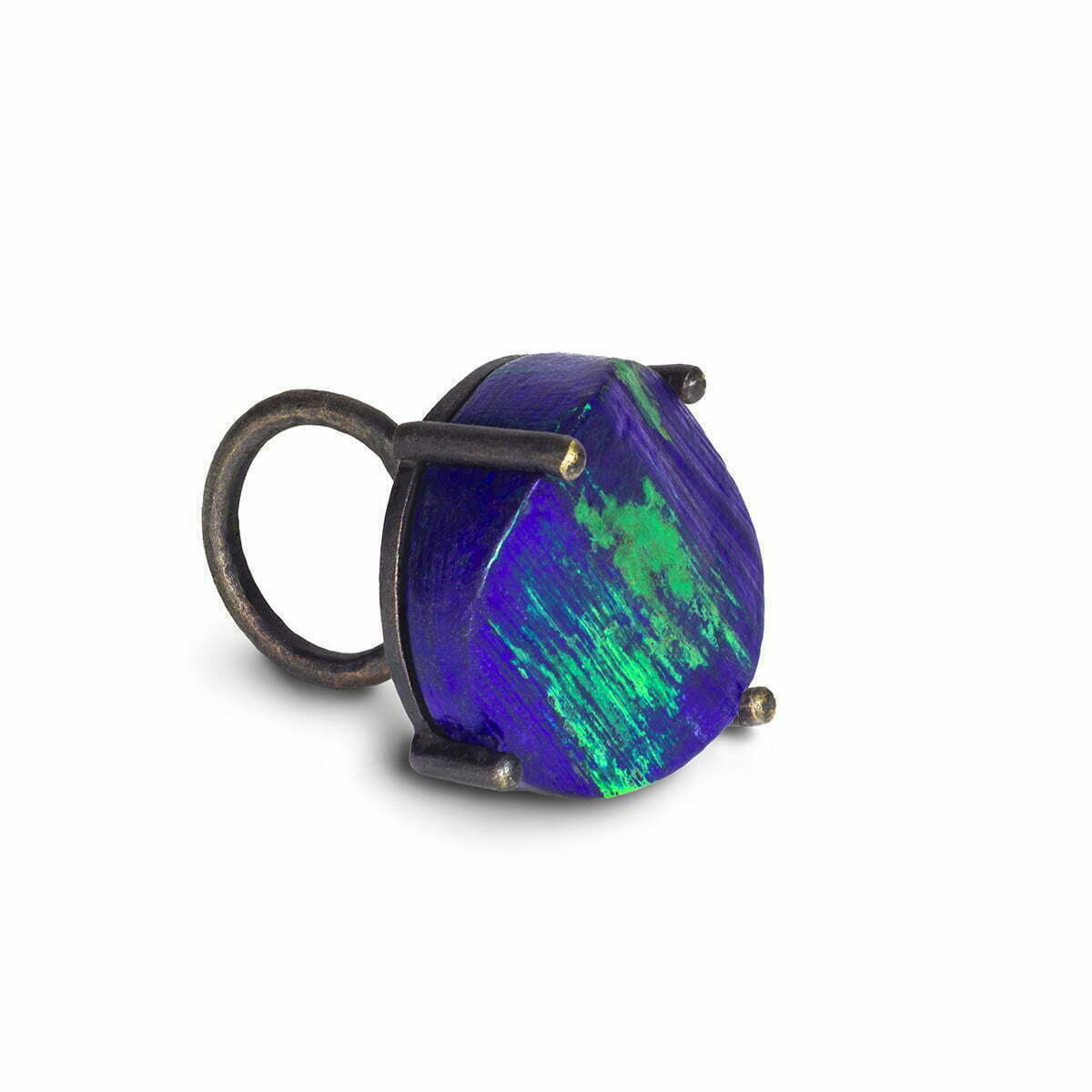 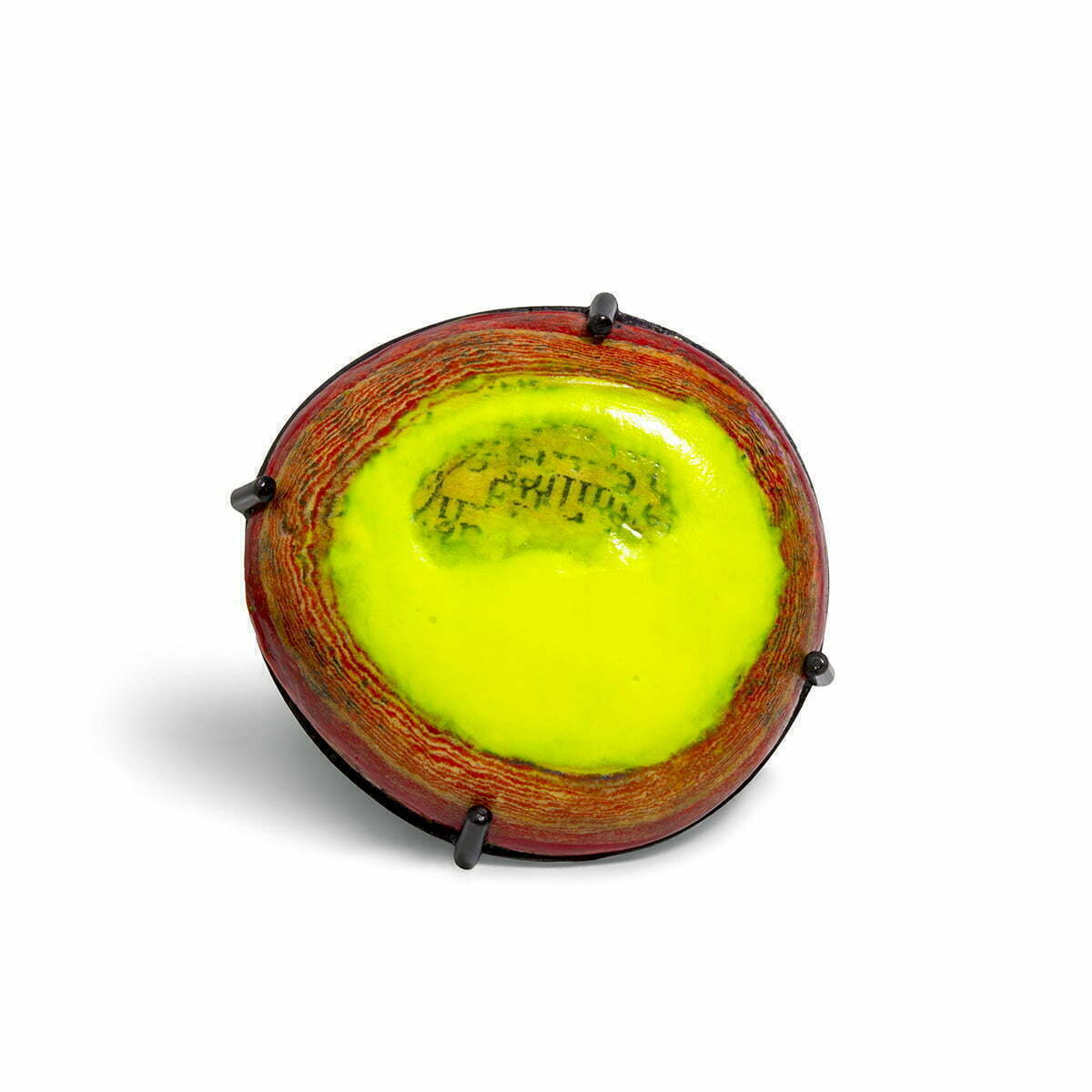 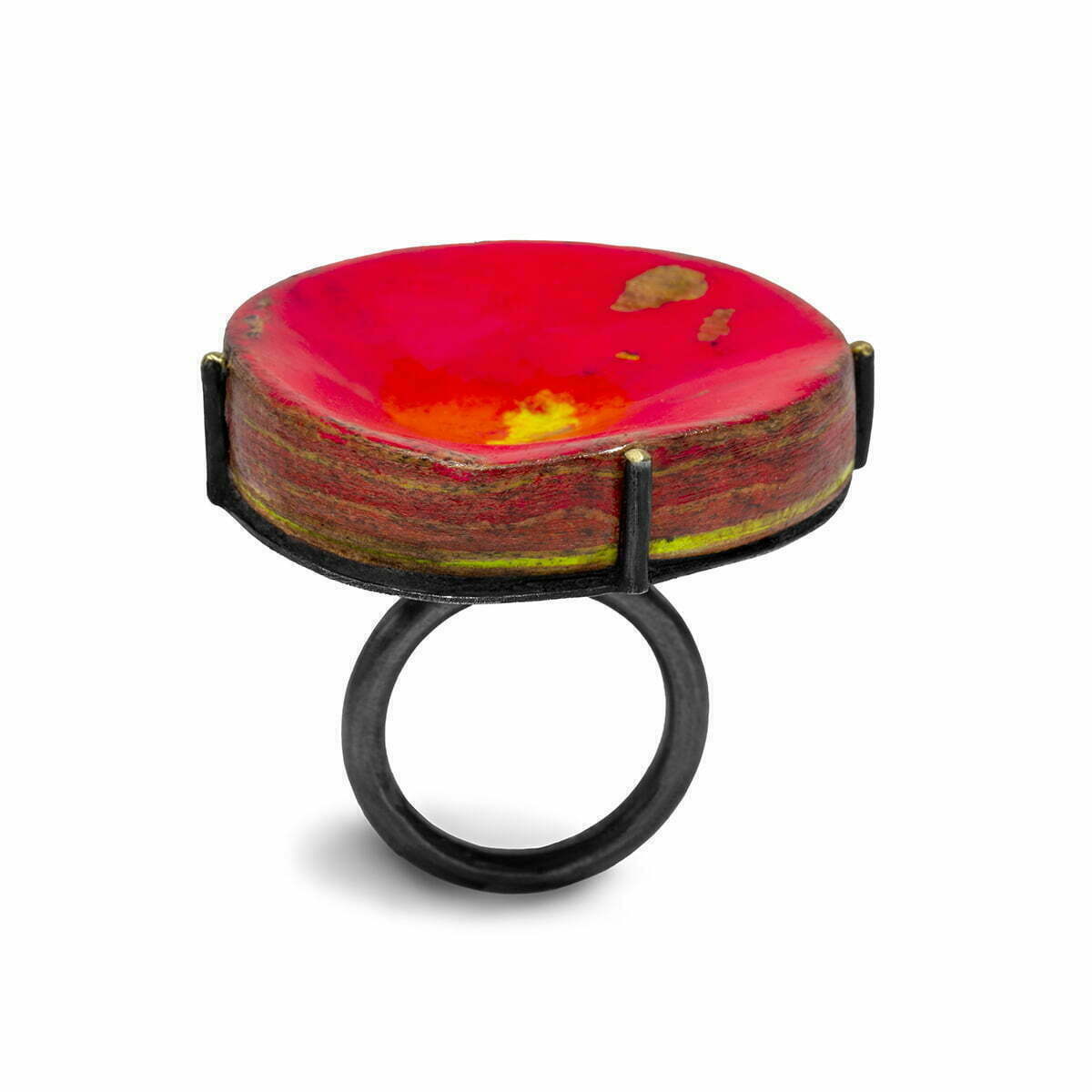 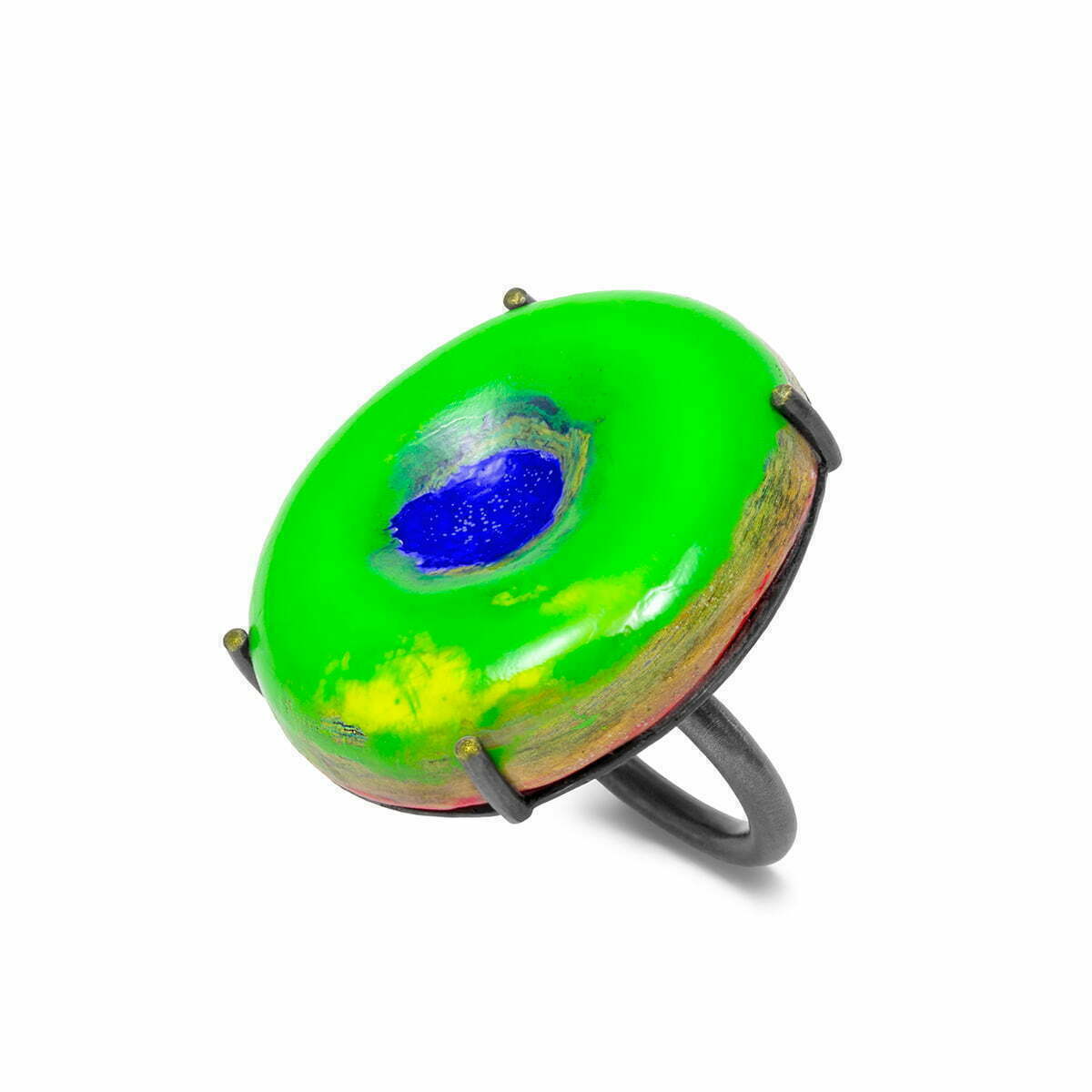 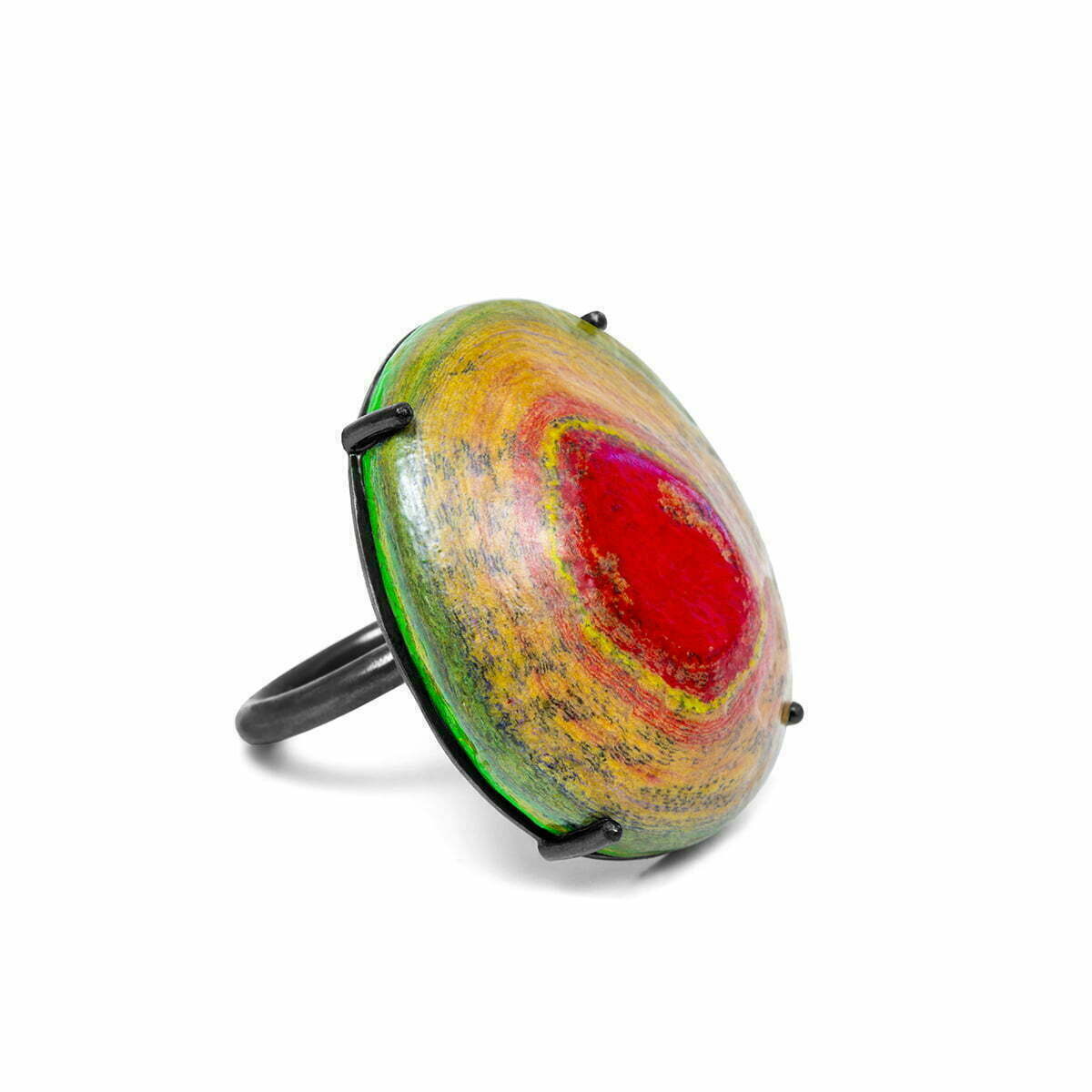 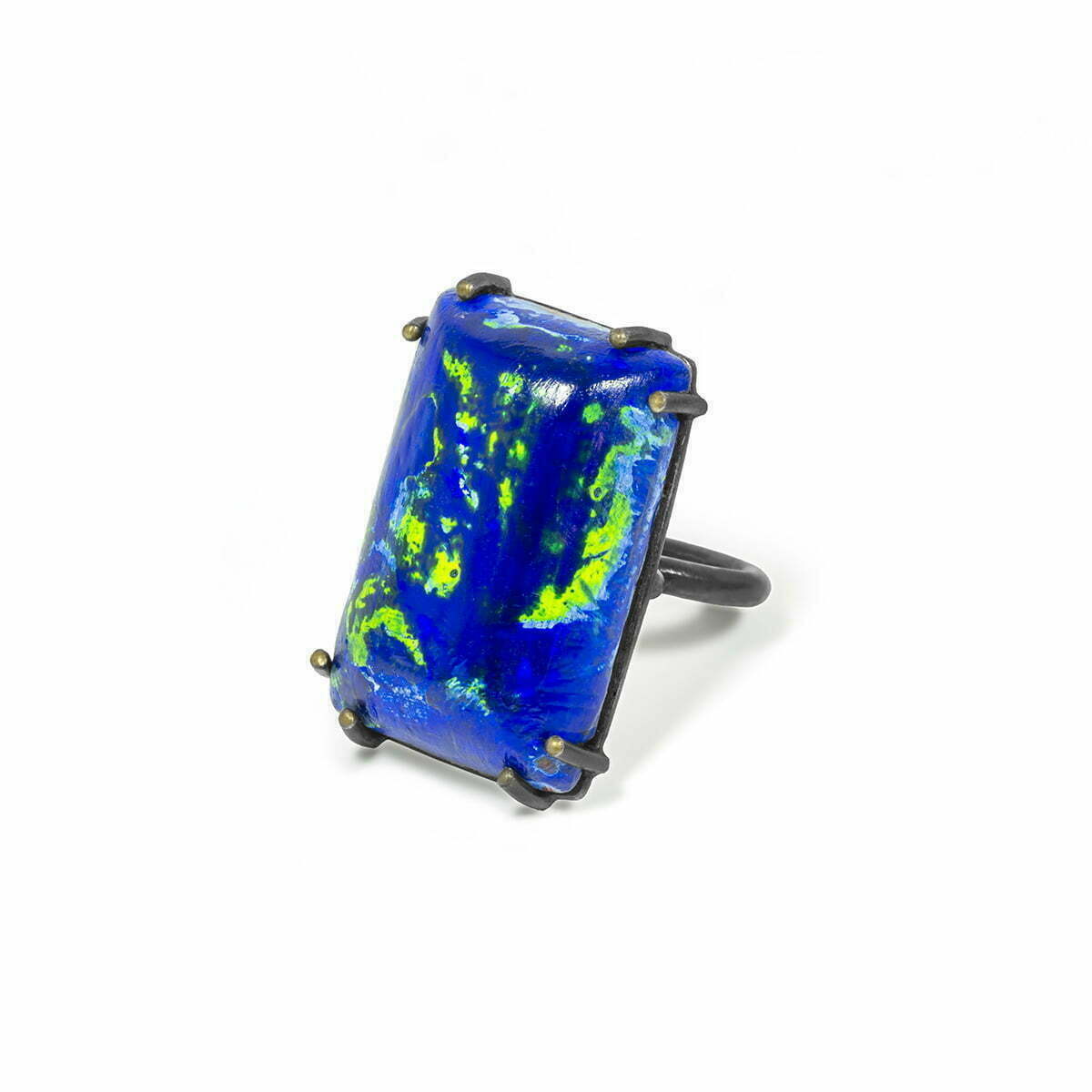